Guantanamo: My Journey by David Hicks 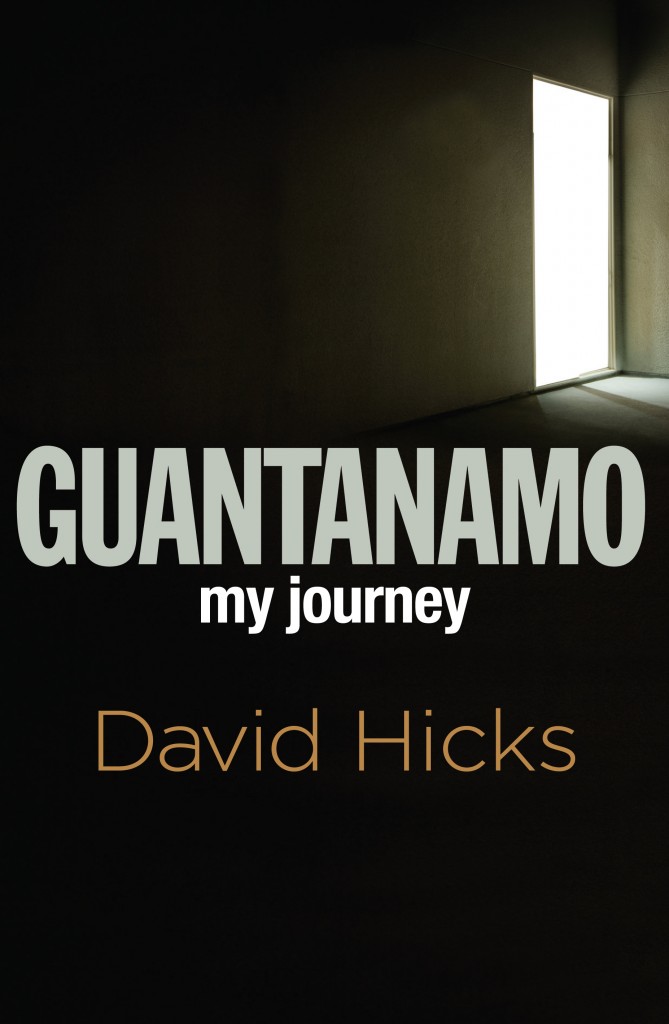 The first I ever heard of David Hicks was in one of my high school classrooms. The infamous photo of the man with a bazooka hoisted onto his right shoulder sent a shudder through the class as it was passed around. He was an al-Qaeda-trained terrorist behind bars, we were told. And that was that.

But there are always two sides to a story.

David Hicks has, without doubt, written a contentious chapter of Australian history, dividing a nation – and, indeed, the rest of the world – as to his guilt. Guantanamo: My Journey is the first published account of Hicks’s incarceration since his release in 2007 and attempts to set the record straight once and for all.

The road to Guantanamo begins to unwind throughout his youth. A troubled teenager, Hicks dreams of fleeing the confines of everyday life in the hope that he can one day explore the distant lands along the Silk Road. In 1999, he sets out from suburban Adelaide in pursuit of the ultimate adventure.

His travels, however, bring him much more than he bargains for. Overseas conflicts convince him to change course entirely and volunteer his services as a freedom fighter in Kosovo and Kashmir. But in a blurry and catastrophic turn of events, Hicks is taken for a terrorist, sold by the Northern Alliance to the US military and has his life turned upside down.

Half a dozen beatings and a black eye later, Hicks sets foot onto American soil, handcuffs drawing blood from his wrists. Soldiers bark orders while he stumbles about in a stupor of confusion.

“This was the beginning of six years of hell,” he writes.

It turns out hell hath no fury like the notorious Guantanamo Bay, home to the “worst of the worst” and a place where “even dogs won’t live.” Hicks is thrown unceremoniously into its fiery pits, a clandestine world of sadistic torture and maddening isolation, where life in detention is mind-numbing, soul-sucking and downright miserable.

Hicks soon discovers that he is public enemy number one, imprisoned for suspected allegiance to al Qaeda and the Taliban as well as engagement in terrorist activities. He knows that nothing could be further from the truth. But as months turn into years, the hunt for a one-way ticket out of jail appears to be all in vain. Hicks’s ordeal is enough to bring even the hardest man to his knees. How long can he last before he cracks under the pressure of a second-rate justice system and a demonising trial by media?

While it does appear to leave some loose ends untied, Guantanamo: My Journey is a gut-wrenching read for those with a stomach strong enough to handle the blood, gore and everything else in between. Hicks’s words are graphic and thought-provoking. At times, he speaks of an injustice so infuriating that I may never look at humanity in the same way again.

However, his memoir is also a story of hope in the face of adversity. And in the end, the truth is what ultimately sets him free.

David Hicks was once pronounced a terrorist. But there are always two sides to a story. In the words of Hicks himself, “nothing is ever so simple.”

A Girls Day Out At…The Cricket?

One year ago, Annabel Crabb decided to leave newspapers and take up life as an online writer. But not because she didn’t...
© Onya Magazine 2009 - 2020
Back to top