After The Fire, A Still Small Voice by Evie Wyld 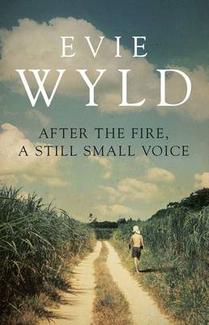 Using her distinctly earthen tones and gutsy language, Wyld continues to mould the Australian literary voice. After The Fire’s fascinating look at the extraordinary past of an ordinary family explores the brokenness of human relationships, and the mending of ourselves. Wyld calls upon the Australian landscape in its suburban and rural forms to visit the history of Frank Collard and his father, Leon. Though Wyld’s tone and story are remarkable, her language tends to repeat itself. ‘Heavy’ and ‘full’ appeared fond members of her vernacular, and I doubt the word ‘belly’ would appear so many times in a midwives manual. Aside from her recurring argot, Wyld’s portraits of drunkenness, grief, sex and marzipan, and her descriptions of the ocean and farmlands of the upper east coast are raw and vivid, her characters equally as tangible in their fantastic imperfection. Whilst the narrative focuses upon the binary stories of Frank and his father, I grew very fond of the young girl who visits Frank. Sal’s quirky mannerisms and stubbornness encouraged me to think that she and To Kill A Mockingbird’s Scout would get along famously. After The Fire, A Still Small Voice is Evie’s debut work. After such a smooth dive into Australia’s pool of fiction, I eagerly anticipate her next.

After The Fire, A Still Small Voice (Random House Australia) is out now.

By Jonathan Howcroft It’s Not About The Golf Golf. Overweight, middle-aged men in magic-eye fabrics hunched over their...
© Onya Magazine 2009 - 2020
Back to top