An Argument Worth Having – Essay Review of ‘The God Argument’

Earlier this month the Sydney Morning Herald reported on an incident involving a beaten and naked Asian man, cruelly dumped on a street in Liverpool. He knocked on the door of the nearest house, whose elderly occupants kindly gave him care and attention. Police praised the Good Samaritans who humbly offered the following justification for their actions: ‘We’re Christians. We’re good people. We had to help him.’ I think of myself as a tolerant atheist and secular humanist, and yet, I confess to an immediate reaction of slight annoyance. I began to tally all of the things wrong with the above statement: first, the suggestion that if they hadn’t been Christians, they would have had no reason to help, and second, if the man had been unlucky enough to stumble upon the home of a Jew or Muslim, help might not have been so forthcoming. I went, then, from mild annoyance, to chuffed vindication, followed by arrival at an overwhelming sense of silliness. What was the point in thinking like this? Did I always do that? Wasn’t it enough that the man received the necessary care from his fellow human beings, regardless of their religion?

My initial reaction is all too reflective of the contemporary debate between believers and non-believers, the ardent religious apologists on one side, and the proponents of New Atheism (the late Christopher Hitchens, Richard Dawkins and others) shouting back. Although disputation may have replaced violence and torture as the means of engaging with metaphysical and ethical disagreements, vehemence and intensity have remained consistent: rhetorical flashes, broadsides and relentless criticism have been far more salient than any meaningful engagement with the other’s positions.

The New Atheism movement has given greater legitimacy to the criticism of religion in the public square, and this is something to be commended. And yet, the price has been a debate of increasing acerbity, which, too, has become platitudinous and slightly boring. Furthermore, when the pleasures of condemnation turn out to be illusory, New Atheism’s philosophical underpinnings appear to be lacking. It is accused of offering nothing, struggling to articulate a meaningful alternative to religious morality. This isn’t quite true, as reason, science and humanism are all forwarded, but often more as an afterthought or footnote to the larger project: the criticism of religion in all its forms.

The most recent book from A.C. Grayling, The God Argument, serves as a timely and important entrant in this debate, given the book’s emphasis on humanism as the alternative moral framework in the absence of God. This book, I would argue, signals a positive intellectual shift in conversation, and not just in tone. The God Argument should also provide fertile ground for a far more interesting, relaxed and fruitful debate between believers and non-believers.

Of course, that’s not to say that Grayling doesn’t come down hard on religion and its apologists. He begins: ‘Briefly put, critical examination of religion’s claims places it in the same class as astrology and magic.’ In the chapters that follow, Grayling doesn’t offer anything new, but he skillfully combines brevity with comprehensiveness, producing an admirable lucidity. He engages and dismantles the case for religion and for God’s existence, from the teleological to the cosmological argument. I’ve sat in philosophy lectures with one eyebrow raised, one hand scratching my chin, hoping desperately that the confusion isn’t mine alone. Here, Grayling has you at philosophical ease. This is toughness without the invariable polemical edge characterising the writing of New Atheism. Grayling takes his subject more seriously, and I would venture that in the Australian social context at the very least, he enters relatively uncontroversial territory in his critique of Intelligent Design Theory and the problems of literalism and fundamentalism. The religiously inclined reading this book would, at many points, probably find themselves nodding in agreement, even if they remain ultimately convinced of God’s existence.

The second half of the book, The Case for Humanism, is more interesting and more enjoyable, in philosophical and in literary terms. Grayling begins with a discussion of secularism, ‘the institutionalisation of liberalism . . . rendering the public domain one where any view can exist, providing it is tolerant of other views and is prepared to exist alongside them, even if it wishes to change those other views by argument and debate. That is what is meant by a secular domain, and in this one respect it is not only consistent with but also friendly to religion.’ There is a pervasive conception that all those who take on the atheist label seek the abolition of religion. Some do, of course, but many more would protect your right to religion just as much as my right not to have one. The real goal here is the creation and protection of a social space that can accommodate any religious view. Indeed, atheists and the religious alike may need reminding that one can be deeply religious and secularist at the same time. Many of those individuals struggling to build democracy in the Arab and Muslim world would subscribe to such labels, embodying a coexistence that deserves more attention and support.

Grayling then articulates the tenets and philosophy of humanism and its central place in human history, as it travelled from ancient Greece and influenced early Christian ethics, intertwined with Confucianism and Indian philosophy and experienced revitalisation during the Renaissance and Enlightenment. Recognised here are the magnificent thinkers and individuals who embodied a truly lived humanism, from Plutarch to Spinoza to Paine. What a fine tradition to call one’s own! And yet, while marvelling at this worldview, I recognise that humanism is not the exclusive property of the godless. Consider Grayling’s elucidation of the ‘good life’ available through the adoption of humanist principles: ‘ . . . good lives seem meaningful or purposeful to the people living them. Another is that they are lives lived in relationships, having at their core real intimacy – love, or friendship – with one or more others.’ The good life is one of ‘activity, of doing, making or learning.’ Responsibility, autonomy, the appreciation of beauty and integrity round out an unfinished list, one to be expanded through debate and experience. I doubt that any fair-minded religious person would find anything objectionable here. No doubt we start from different premises: the humanist’s rejection of supernatural entities means that ethics must be derived from human experience, as that is all we have, and it also seems enough. The good lives of the humanist and the religious might resemble one another, and they often do, at least to me.

Grayling also delves into social issues and makes the humanist case for legalisation of euthanasia and certain drugs. The most stirring chapter, however, comes towards the end – a rumination on death which should invalidate any claim that those without God have nothing meaningful or consoling to say on the return of what Julian Barnes called ‘this rented life.’ Grayling touches on the grief and suffering of human loss shared by virtue of our humanity, rather than religion: ‘it is that death comes too soon for the great majority of us, before our interest in the world and in those we care about is exhausted.’ The humanist, who can take no solace in heaven or the afterlife, finds comfort in this life, in this human experience, the only one available and the only one worth having. There is a crucial distinction, then, between dying and death, the former as something we do our entire lives, the latter entirely separate: ‘Accordingly, our own deaths are no part of our personal experience: each of us experiences only life, of which dying is part. In this sense, from the subjective perspective we are immortal.’

Perhaps I find more connections between humanism and religion than the author would. For this reason, I quarrel with his assertion at the outset that his alternative ‘has nothing to do with religion.’ I’m not sure they are so mutually exclusive. Humanism is about drawing on the human experience, of which religion may forever be part. I feel that these two traditions, despite their differences, can intertwine quite wonderfully in the lives of human individuals. Also, Grayling frequently address his sparring partner as the ‘religious apologist.’ Again, in the Australian context, I think he is talking past any religious person who would enjoy this book: whenever a Christian or Muslim utters something stupid in this country, the first to rise to criticism seem to be the fellow believers. That is, after they sigh with exasperation at the apologists who receive a representative credit for religion that is often undeserved.

I think, and hope, that The God Argument signals a continuing shift in the intellectual atmosphere, a space which must, of course, be shared by believers and non-believers. Let there be an argument, but let it be an argument worth having. This means acknowledging that humanism and religion are irreconcilable, but we might get to the point where irreconcilability isn’t that important. The elderly Christian couple helped a man in need. I would have, too. Maybe that’s all that matters. 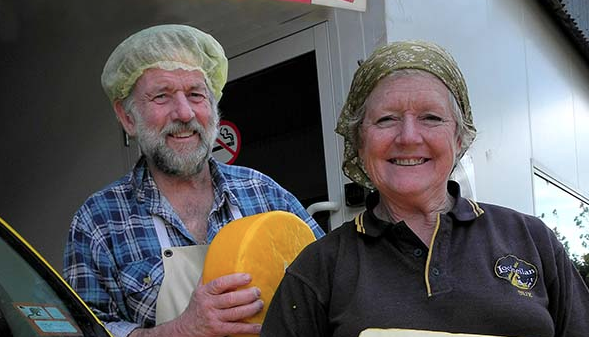 I remember when I was little my parents used to take me and my siblings on road trips to really groovy places. Like Moama...
© Onya Magazine 2009 - 2021
Back to top