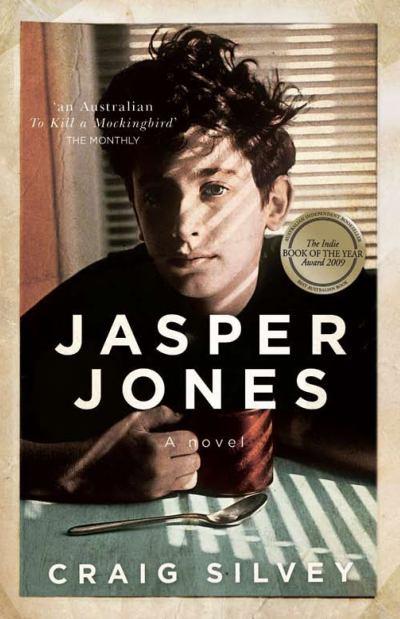 Jasper Jones by Craig Silvey is a great book for people wanting to try reading Australian Classics without having to wade through swathes of unfamiliar language. Most books considered Classics tend to be quite old, and the language, while not unrecognisable to us now, can be a stumbling block and/or deterrant for many readers. Jasper Jones, however, is a relatively recent novel having been first published in 2009.

Winner of the Indie Book of the Year Award for 2009, and shortlisted for the Miles Franklin, this is not a potential Aussie Classic that I was going to pass by. It is about a 13-year-old boy called Charlie, living in an Australian mining town. I don’t want to tell you too much because so much of what was most intriguing about this book was the way each plotline blossomed into something so much bigger.

Charlie’s best friend Jeffrey Lu lives down the road and dreams of being a cricketer. He lives for the chance to be invited to join the boys’ neighbourhood cricket team but due to inherent racism within their small town, it is not something that is likely to happen. Despite his different skin colour, Charlie sticks by Jeffrey and watching their friendship develop throughout the book is charming.

Jasper Jones comes into the story as the town outcast. Whenever anything goes wrong, the locals are sure to point their fingers in his direction. Safe to say, Charlie’s parents don’t approve of Jasper. It is perhaps because of this that Charlie says yes, and follows Jasper into the night when Jasper taps on his window for the first time.

It is a story about friendship, betrayal, love and the ways of life in a small town. It is about not taking people for face value and learning to trust that not everyone is who others say they are.

The story unfolds slowly but surely until all of a sudden you’re right in the thick of something with no idea how it happened. Charlie felt the same way at many points throughout the novel so don’t worry – you’ll have someone to relate to amongst the pages.

Jasper Jones has Australia written all over it and best of all it appeals to a very wide audience. It covers so many topics and has subplots wound into every page such that it makes boredom or complacency impossible. It is definitely one of my favourites so far.

It isn’t confusing, the language is simple but beautiful, and the story will wrap itself around your heart until you are forced to close the final page. Even then, the experience of reading Jasper Jones is not one you will easily forget.

Bowerbird Bazaar - The Greatest Australian Design Market of All Time

Thanks. This could be my next read. Trusting your judgment. Heading down to Readings in Hawthorn.

Thanks. This could be my next read. Trusting your judgment. Heading down to Readings in Hawthorn.

Bowerbird Bazaar - The Greatest Australian Design Market of All Time

So my usual weekend routine of sleeping past noon and not getting out of my pyjamas ‘til after six - ditto on making...
© Onya Magazine 2009 - 2021
Back to top