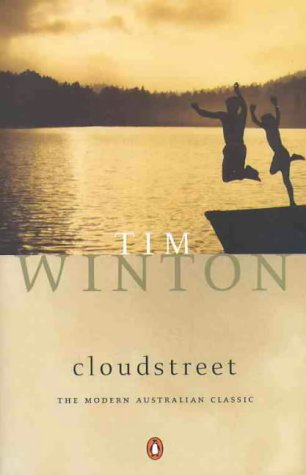 Cloudstreet is the kind of book in which nothing much seems to happen, but when you finish you wonder how the characters had time to handle everything. Written by Tim Winton in 1991, the novel has been critically acclaimed as one of the great Classics of our time with Winton frequently hailed as the best writer in Western Australia.

In 2011, twenty years after the book was first released, it was developed into a television mini-series on Showtime. I am yet to check it out – watching the screen adaptations first always ruins the books for me – but it looks outstanding and the reviews have been excellent. As well as this mini-series the novel was also adapted for stage, and the production toured the world until 2001 with an overwhelmingly positive response. It seems as though Australia simply can’t get enough of Cloudstreet.

The story follows the lives of two Australian families who, as a result of bizarre circumstances, both come to live at a big old house on Cloudstreet. Bad luck follows good luck and it seems that the characters are endlessly being chased by the bad or trying to run back for the good. While there are a few big events in the novel, it mostly chronicles the day-to-day lives of the families, less as working unities but as individual segments all crowded together under the one roof. The novel itself crawls with conflict and the layers to this work seem endless as they delve deeper and deeper into subtext.

Despite the clearly ingenious way this novel was written, I found it tediously long and repetitive in parts. My interest was not sparked and I struggled to push myself through it. While it is Australian by virtue of the fact that it was set in Perth, it didn’t scream it out and I easily could have pictured the story occurring in New Zealand or somewhere similar to, but not Australia.

One aspect that is decidedly Aussie however, are the tales of courage and despair. The slang thrown in does not seem pretentious, as it so easily can in Australian writing, rather it sounds perfectly at home in the characters mouths.

The characters in this novel were also a big highlight. I believed in them and I didn’t spend every few chapters picturing the author giving them shape. Rather than reading a novel I felt as though I opened a window into the lives of others. For rather than detailing just a few events, this novel explored the day-to-day activities alongside the rest. Subtle nuances showed diverse differences in the way each character responded to the words of another and the characters seemed so real it was utterly amazing.

Another great part of this novel was the way in which the story pulled together for the ending. For anyone who hasn’t read it, I must warn you that the following section contains some spoilers. The build up to the finish was long and tedious and it began to feel as though the families would never work out their differences and get along. Then all of a sudden, the ending arrived and within the space of only two or three pages suddenly everyone got along and there existed great love and life under the roof on number one Cloudstreet. Perhaps of everything the ending was what I enjoyed most, as it was so realistic. While novelists have the liberty to send characters overseas or far, far away when things don’t work out, the reality is that most of us cannot afford that luxury. We are forced to stick things out through thick and through thin until one day we simply smile for the sake of smiling. The same is true of Winton’s ending. The novel is truly a testament to Winton’s skill as a writer and anyone with an appreciation for literary prowess will find much to admire in this story.

Despite this being perhaps my least favourite book so far on this journey, Cloudstreet is a great novel for literary fans. I will call it Australian because of the setting and the natural way slang was integrated so seamlessly into the text. The tales of hardship and courage are also reminiscent of Australia’s history. However, while hundreds of people all over the Internet have proclaimed Cloudstreet’s worth as a Classic with many deeming it their ultimate favourite, I simply cannot say the same – this column is subjective after all. I wouldn’t recommend it to anyone in the future and I can’t see it being a huge hit for years to come. I am conscious that I will likely get a barrage of negative responses for this, but that’s truly and completely how I see it so I cannot make any apologies.

Did you agree with me or do you think Cloudstreet is a Classic to the core?

I agree. Winton’s writing reminds me of someone following people around with a video-recording and then reducing the tapes to words that try to be faithful to the recordings. 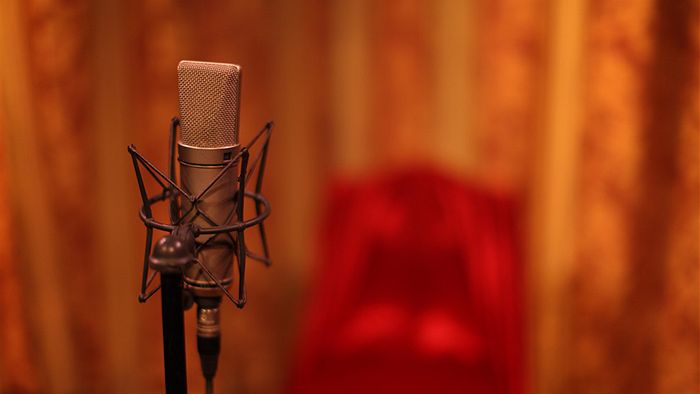 For anyone who eats vegemite, listens to ABC radio, and likes a good yarn, then Melanie Tait is the best friend you wish...
© Onya Magazine 2009 - 2020
Back to top