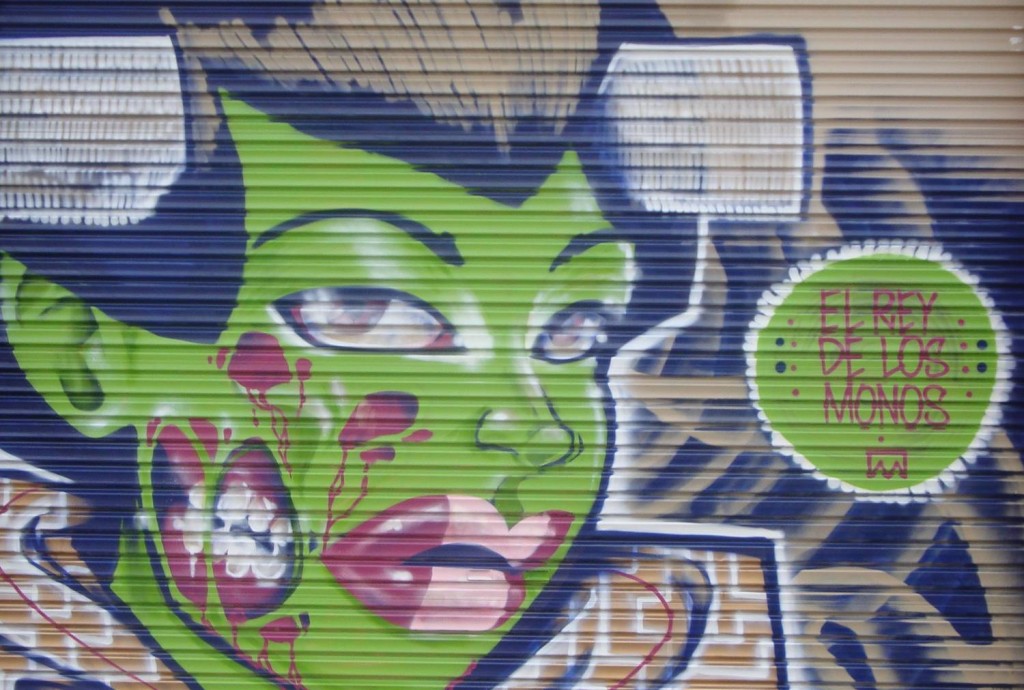 The smell of spray-paint stings your nostrils as you walk down the small, crowded laneway. St. Ali’s is bustling and waitresses are running back and forth carrying coffees and cakes. Photographers are snapping away; cherry-pickers, dreadlocks, tattoos, piercings, paint-splattered clothes and the odd child or two tagging along after their parents. Spanish beats are blaring from the speakers and people I have never met before are waving at me and saying hi.

As I pass the DJ booth, I am suddenly overwhelmed by the smell of spicy barbequed meat and coffee. No, this is not a dream. It’s Yarra Place, South Melbourne. And it is loud, electrifying.

St. Ali’s owner, Salvatore Malatesta, has been a fan of street art since he was a little kid, and having to look out at the bland walls outside his café everyday, he was struck with an idea. It’s not very often street artists find such a large, available canvas, so his idea provided an amazing opportunity. Along with his close friend, curator ‘Drewfunk’, they booked 10 of Australia’s best known street artists to help cover the entire Yarra Place on Sunday the 7th of February. The result? A flurry of spray paint as Benzo, Gimiks, Itch, Kid Zoom, Meggs, Monkey Otis Chamberlain, Phibs, Reka and Sync set about their mission, and, as Salvatore said, “share the joy”. 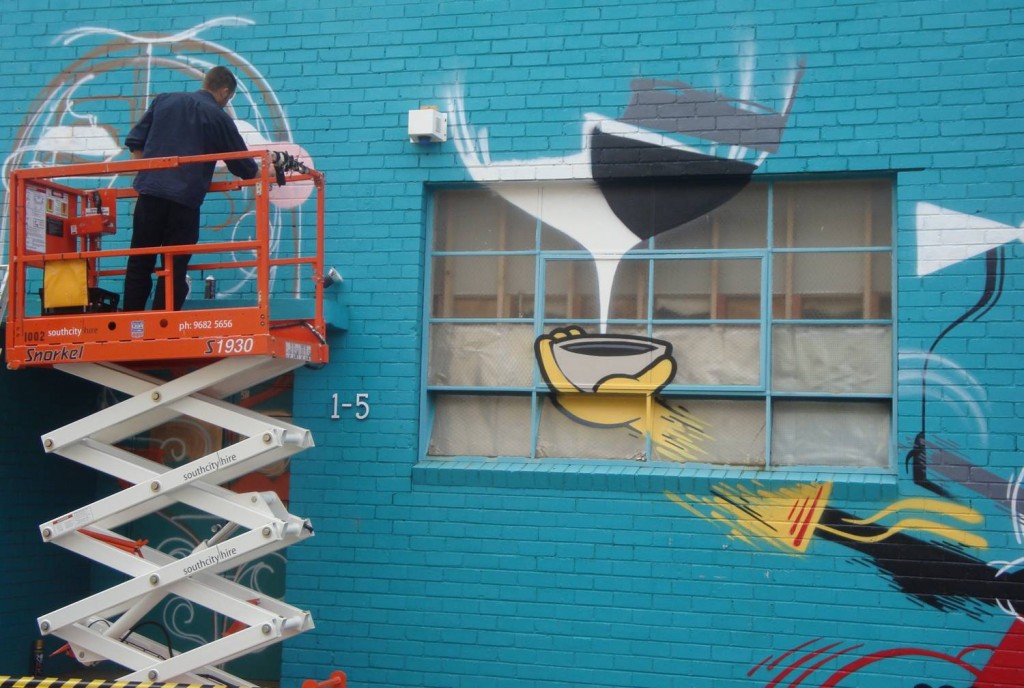 People from all walks of life were gathered around in one place for the same reasons, to witness beautiful artworks being created, to listen to bass heavy beats, and to eat; all the while helping out Streetsmart, a grassroots agency that assists people experiencing homelessness. Salvatore has personally been involved with the charity before; helping homeless children integrate back into society.

And if the day couldn’t get anymore entertaining – the Alleycat race begins. A large group of bike riders begin to form as a checkpoints card was handed out to competitors. The first checkpoint; the Sensory Lab on Little Collins. The riders had to travel to Villian in Brunswick, Liar Liar in Hawthorn and eventually end up back at St. Ali’s, where prizes would be awarded. Not only do the riders have to make it to a total of 8 checkpoints, but they have to ride ‘fixie bikes’, a bicycle that has no freewheel, meaning it cannot coast. 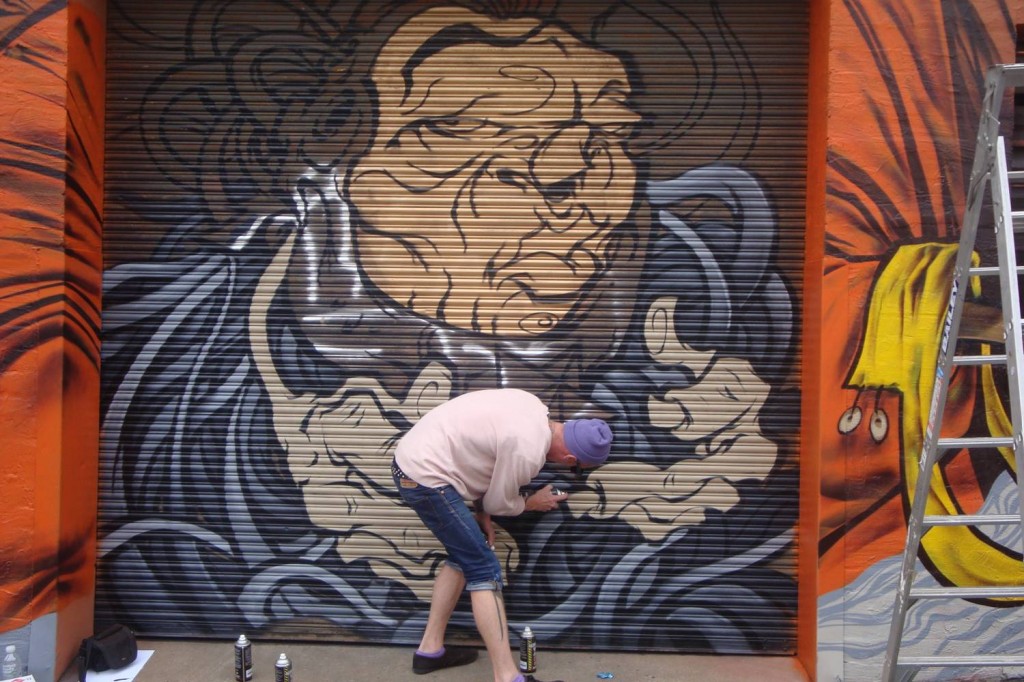 This wasn’t a one-off event either. Salvatore hopes to make this a yearly event, with plans already put in motion for next year’s project. An event he hopes will be similar to the Amsterdam Tattoo Convention. Stalls will be set up along the alley, and tattoo artists will be waiting, already paid, for an ordinary citizen to walk in and get a FREE tattoo. I like that idea.

It’s almost like magic, the way the crowd parts and the sun seems to fall exactly where she is standing. Her smile...
© Onya Magazine 2009 - 2020
Back to top