The Western AustralianMuseum presents Kylie on Stage a touring exhibition by Arts Centre Melbourne and the Australian Music Vault.

Kylie on Stage features eye-catching and extravagant costumes and accessories from one of the world’s most popular performing artists, KylieMinogue, and will be on show at the WA Maritime Museum in Fremantle from 16 February until 9 June, 2019.

The exhibition features glamourous costumes from Kylie’s 25 years of global tours and showcases the work of international designers such as Dolce and Gabbana, Jean Paul Gaultier, Karl Lagerfeld and Australian designers Mark Burnett and Peter Morrissey.

Kylie on Stage will give fans and anyone interested in the fashion, music and creative industries, a backstage look at Kylie’s enormous talent and work that contributes to her onstage success.

How To Be A Happy Victorian Camper These Holidays... 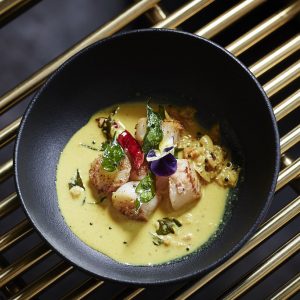 ISH has made its mark on Gertrude Street with a contemporary Indian offering, enchanting the Fitzroy culinary...
© Onya Magazine 2009 - 2021
Back to top