KAWS: Companionship In The Age Of Loneliness

Contemporary American artist KAWS, a.k.a Brian Donnelly, is one of the most resonant artists of his generation. In an Australian first, KAWS: Companionship In The Age Of Loneliness is a comprehensive survey of 25 years of KAWS’s oeuvre, full of humour, hope and humanity, celebrating his ability to connect with broad audiences.

The full range of KAWS’s artistic output will be on display featuring more than 100 works including iconic paintings reappropriating pop-culture figures to his more recent large- scale abstract works, and an impressive collection of his celebrated sculptural figures.

KAWS engages with universal feelings of isolation and loneliness through his works, in reaction to the turbulent world we live in today. His larger-than-life sculptures are playful, toy-like figures, however at closer look, they reveal a fragility and darkness in the vulnerable poses of the characters. The exhibition will include a newly commissioned 7-metre bronze COMPANION sculpture GONE, 2019, standing solemnly in a Pietà pose, evoking a sense of sorrow and empathy. On display in the NGV’s Federation Court, this monumental work will be the largest bronze KAWS has created to date.

Born in 1974 in Jersey City, KAWS attended the School of Visual Arts in New York where he received a Bachelor of Fine Arts. He went on to work for Jumbo Pictures animation studio, painting cells for animated series including Disney’s 101 Dalmatians and Doug, and MTV’s cult series Daria.

KAWS began his artistic career outside of the traditional art world during the height of graffiti and street art culture in New York in the early 1990s. During this time, he began to develop his signature motifs, the skull and crossbones, that appeared painted over the beautiful faces of late 90s Manhattan advertising posters in what the artist refers to as ‘subvertising’.

In the late 90s, KAWS began making limited edition toys after visits to Japan and experiencing the collectible market there. His editions soon became cult objects amongst collectors and since then he has produced more than 130 toys.

KAWS’ latest paintings showcase his hallmark use of bold colors and bright lines, transgressing into new creative territory with his hybrid characters now dissolving into fragmented fields of color.

‘Unrestricted by conventional contemporary artistic boundaries, KAWS’s multidisciplinary and evolving practice across contexts and in collaborative ways, is representative of today’s society and the need to connect. He continues to engage new audiences through a common language of vibrant visuals and pop cultural references and characters’ said Tony Ellwood AM, Director, NGV.

Accompanying the main exhibition, KAWS:PLAYTIME is a dedicated playful kids exhibition that KAWS has created, introducing promising young artists of today to his creative approach and artistic methods of integrating pop culture into his work.

KAWS: COMPANIONSHIP IN THE AGE OF LONELINESS will be on display from September 2019 – April 2020 at NGV International, 180 St Kilda Road, Melbourne, Australia. Tickets and information are available from the NGV website NGV.MELBOURNE.

Where Can Clinical Nutrition Take You?

Wine Island: An Island Paradise You'll Actually Want To Be Stranded On 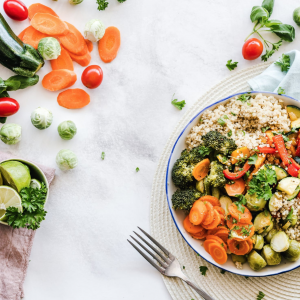 Where Can Clinical Nutrition Take You?

It seems food intolerances are becoming more popular by the day. Gluten and lactose are two big offenders that leave...
© Onya Magazine 2009 - 2021
Back to top