‘If You’re Not Into Yoga’: New Works by Georgie Wilson 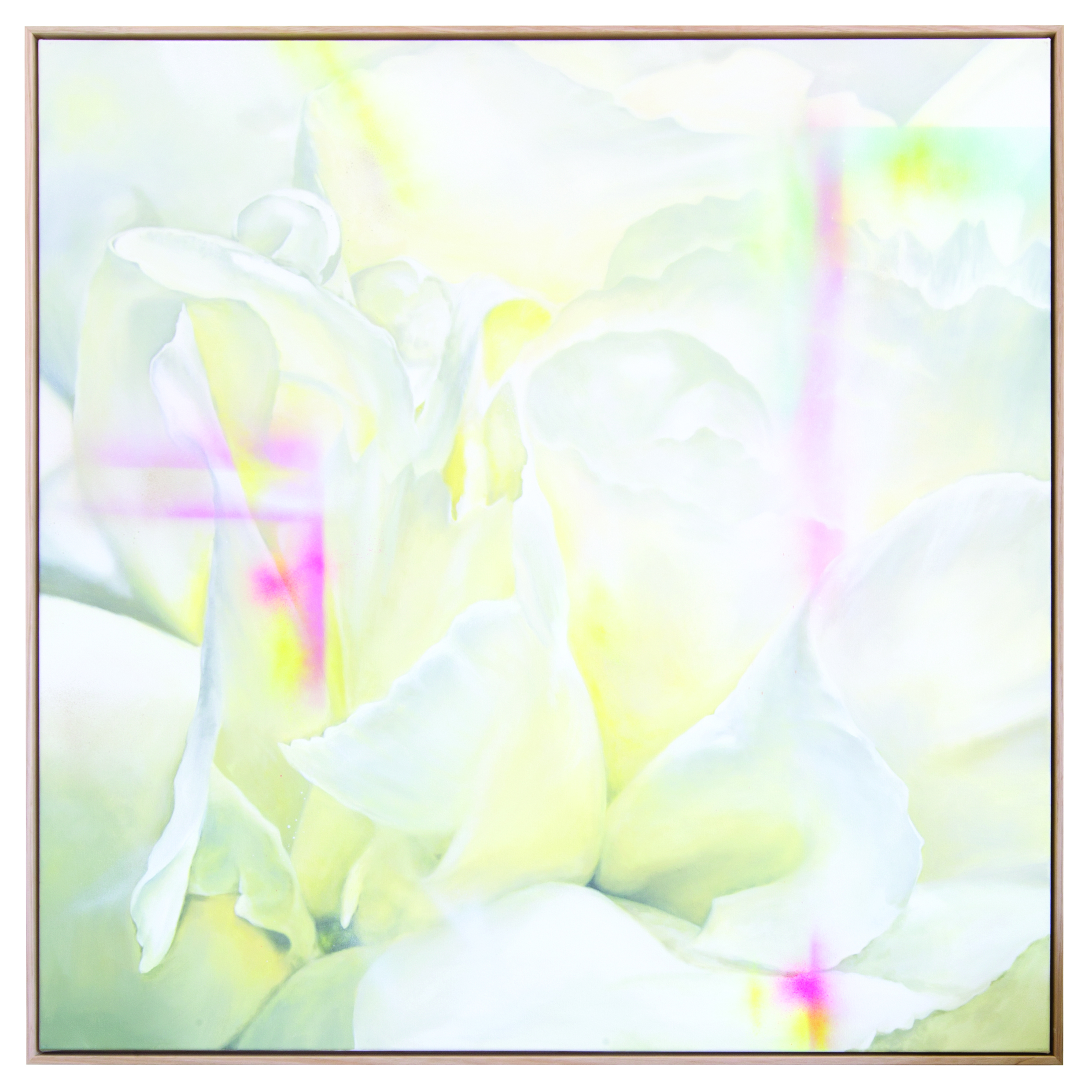 Mornington Peninsula artist Georgie Wilson likes order. So finding a way to bring abstraction to her work was a challenge and a risk that friends warned her against but has clearly paid off.

Over the past 10 months when her baby slept Georgie painted. The result is a new collection of work that is a departure from her pure realism style to be exhibited at Antipodes Bookshop and Gallery in December.

The birth of her second child allowed Georgie to step away from her working life as a graphic designer, marketer and interior stylist to focus on her first true love: painting.

These new works are very much about experimentation. “In my working life I work to specific briefs, I wanted to play and have more fun,” says Georgie. Inspired by her botanical surrounds on the Mornington Peninsula the idea of painting floral abstraction is where the collection began. 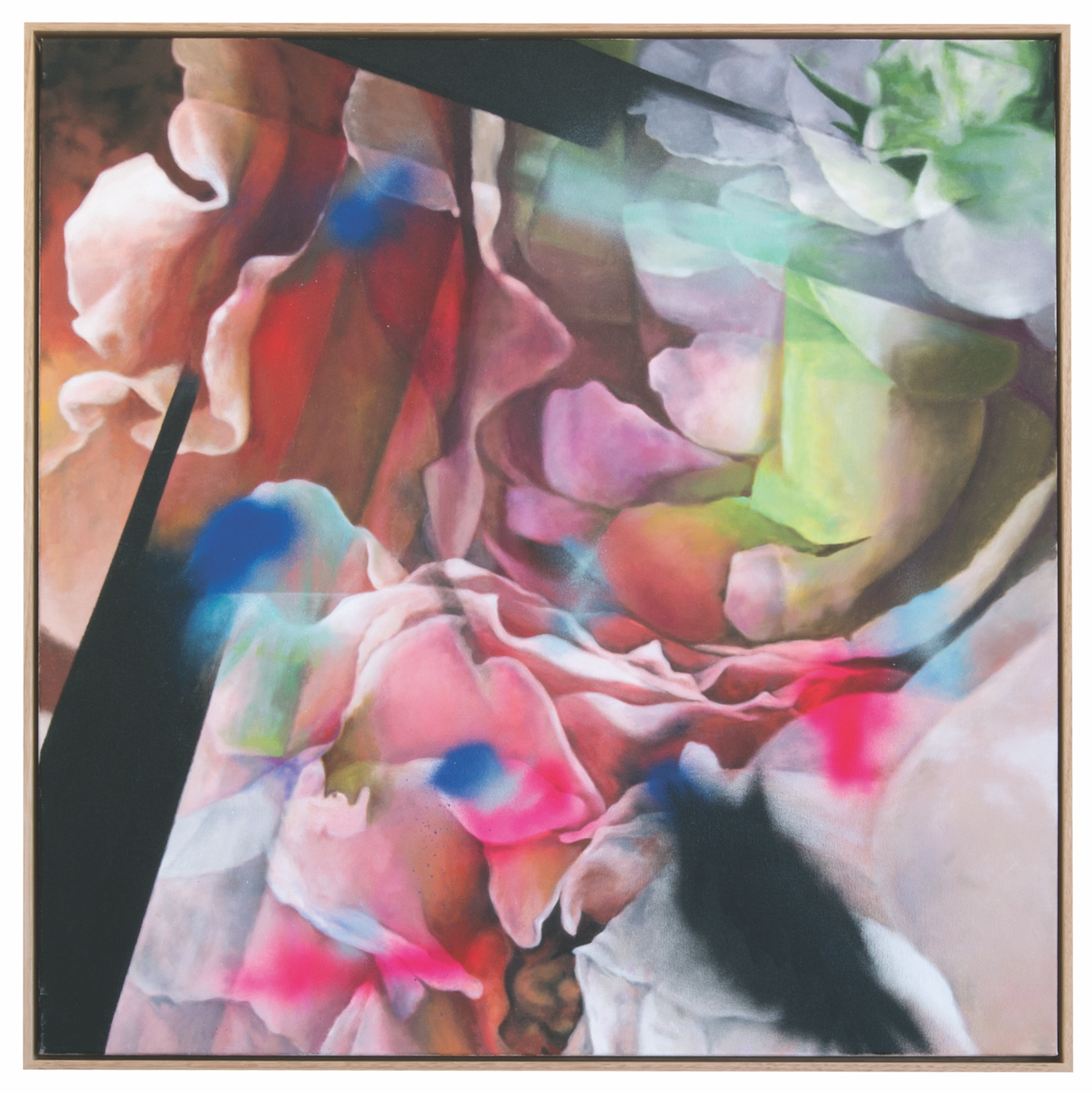 Each painting features a stunning floral theme in hues ranging from deep purples and pinks to sunshine yellows and chalky whites. Once the floral part of each painting was completed Georgie decided to ‘deface’ the paintings with her version of graffiti, bringing together the real and the abstract. The florals were painted in acrylic polymer and then Georgie sprayed each canvas with aerosol paints in fluorescent colours knowing that things could go completely wrong!

Georgie has previously exhibited and sold work at Felix in Dromana, Hut13 in Melbourne, White Nest in Blairgowrie and her work has featured in Inside Out magazine and on The Design Files. Georgie has also been commissioned by companies such as Ed Hardy who flew her all over Australia and to Malaysia to paint murals for their business, and The Original Juice Company who had Georgie in a safety harness on top of a five storey building to paint a billboard. 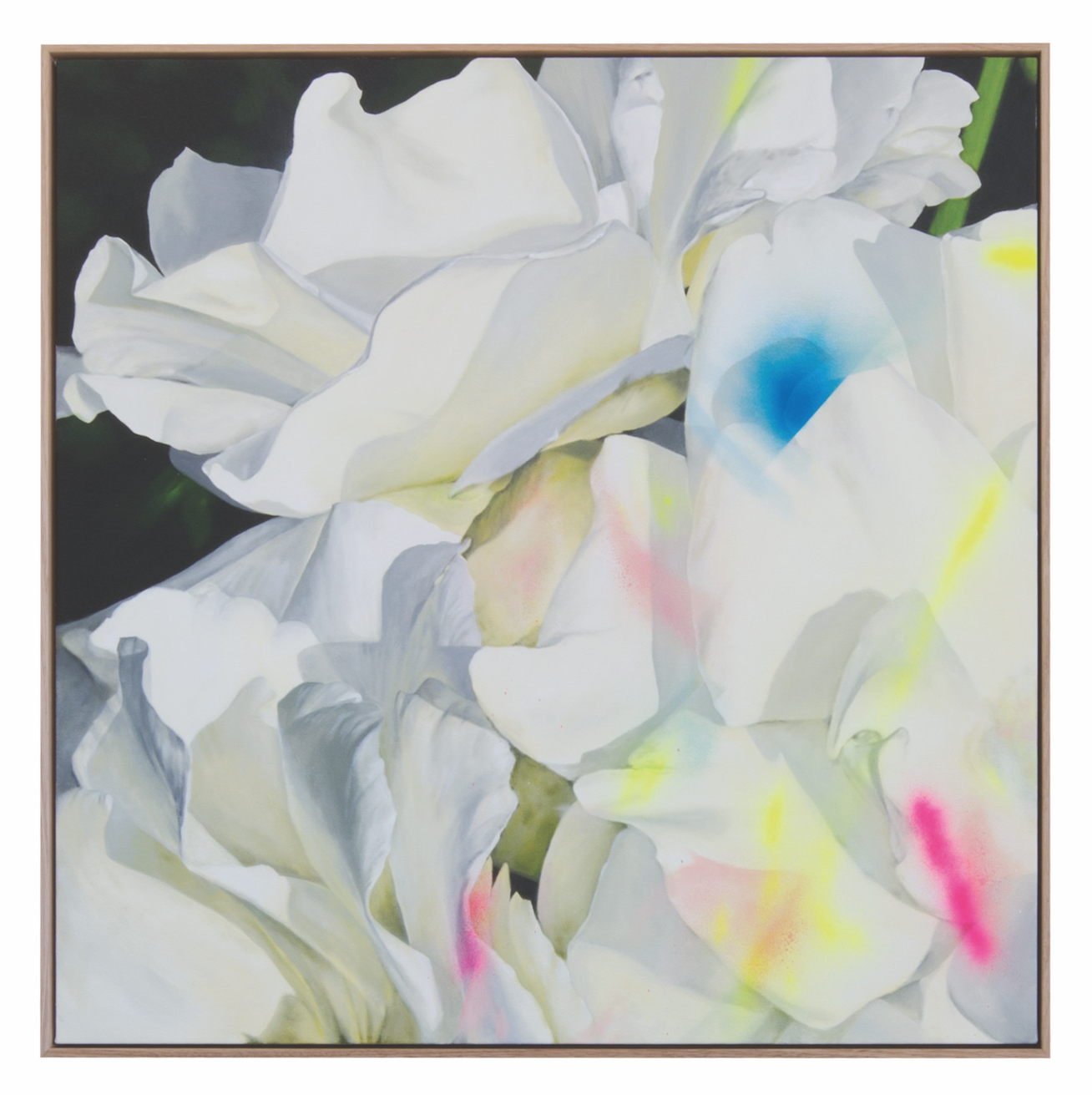 Oh, and Georgie likes painting. Not yoga. So it seemed fitting to name the exhibition with a line from Rupert Holmes 1979 hit song Escape (The Pina Colada song). In fact, each painting is named after lines in the song because Georgie found herself singing the song over and over when she was painting it was as if the song became part of the paintings.

EXHIBITION: IF YOU’RE NOT INTO YOGA 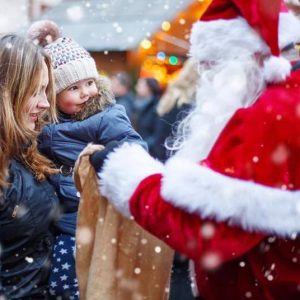