It’s 10am on a Sunday morning and I’m in a particularly blissful half sleep. You could attribute such a state to the fact that I somehow managed to score a Sunday NOT at work, or it could be that after months of seeing the face of Marilyn Monroe plastered across countless fluorescent banners I finally have the opportunity to visit the Pop to Popism exhibition. I awake from my half sleep and decide that an a-line black and white spotted dress paired with black pointed-toe ankle boots is Pop Art appropriate. As per usual, I skip on the makeup and opt for a statement lipstick, it’s easy, easy like a Sunday morning.

There’s a spring in my step as I make my way to the train station. With an hour trip to endure, I tune into Triple J who are conveniently delivering their second installment of the hottest 100, songs #101 to #200. With the sweet sounds of The Presets in my ears I look up to see an entire family eating bananas almost in sync. I’m all for a healthy dose of potassium but they’ve rehearsed this, surely. I look down at my phone to let out a much-suppressed giggle. Train people are the best kind of people.

An hour later, I arrive in Sydney. One short train trip later and I’m at Martin Place. I’m beginning to feel excited as I walk from the eerily quiet weekend state of Martin Place to the luscious greens of the Royal Botanic Gardens. Between the leaves I see the glaring smile of Marilyn. This is it Georgia, you’ve finally made it.

The Art Gallery of NSW is stunning, the huge stone columns are juxtaposed with the bright colours of the exhibition banners. I take full advantage of this excellent instagram opportunity, posting a picture that has definitely been instagrammed many times before. But hey, Warhol was all about replication, he would surely approve of such behaviour. I’m doing this in the name of art.

Two descending escalators later to a part of the gallery unbeknown to me I line up ready to enter. The girl in front of me is wearing a soup can dress. I’m not sure how I feel about this, surely it’s on par with the unspoken rule of not wearing a band’s shirt to their own concert. I pass my ticket over to be scanned and I’m handed an exhibition guide. This. Is. it.

Cleverly, the exhibition has been set out chronologically, with each section comprised of works of a given decade. The first room of the exhibition provides a cheeky introduction as to what is to come. It displays the lesser-known works of the early pop artists, including the works by some talented Aussie dudes that went by the name of the Annandale Imitation Realists. Essentially, they collected junk, assembled it onto canvas, accompanied it with random drawings, bada bing bada boom, ART!

This is the beauty of Pop Art, it’s self aware, it’s ironic and like all good artistic movements it possesses a bitter hatred for prior work. It’s a wonderful balance between smart and smart-ass. By combining everyday items with famous iconography and replicating the hell out of them Pop Art is basically a huge middle finger to traditional definitions of art, whilst also an insightful window into the future of capitalist consumerism.

As I walk through the stark whiteness of the next few rooms, with recollections of first year undergrad art history flooding back, I can sense that I’m getting close to the big names. Excitement builds as I become incredibly aware of the pop artist as a celebrity, another definitive aspect of Pop Art. Unlike the struggling artists of the early 20th century, many pop artists made serious bank during their life. Warhol as a personality is, in my opinion, as notable as his works.

All in the same room are Warhol’s Campbell’s Soup Cans (1962), Litchenstein’s Hey Mickey! (1961) and In the Car (1963). Im done, I can die happy. I know that I had been standing in admiration for some time as soup can dress girl was no longer within eyesight. I’m placing bets on her being in the gift shop buying a Jasper Johns melon baller and a $30 Pop to Popism canvas tote.

Deservedly, Warhol’s Marilyn Prints are the climactic point of the exhibition. Taking up an entire wall, they draw the largest crowd. I overhear a mother explaining to her young child who the famous smiling blonde is whilst seeing people slyly trying to sneak a picture of the works. #marilyn4eva

The final few rooms show the work of European pop artists and late pop art of the 1980s. Öyvind Fahlström’s ESSO-LSD (1967) is the perfect illustration of the contemporary relevance of Pop Art. A powerful example of the control of advertising with the increasingly mainstream fascination with psychedelics, the artwork packs a serious punch. Two simple symbols provide an entire social commentary around the issues of advertising and public perceptions. Incredible!

The works of Jeff Koons round out the exhibition, adding a more contemporary aspect to the eccentric movement. They also remind me of Lady Gaga and that is always a good thing.

I reach the end of the exhibition buzzing with inspiration. I’m still struggling to fathom that I’ve just been face to face with the works of the iconic pop artists, the real deal, legitimate, absolute legends that I admire so much.

The Red Carpet? Pfft – Here’s How To Make Your Princess Dreams Come True 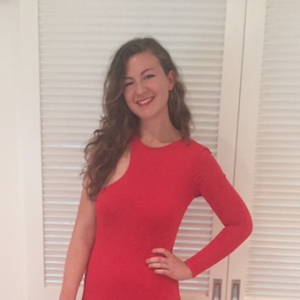 The Red Carpet? Pfft – Here’s How To Make Your Princess Dreams Come True

Award season is in full swing. For fashion fanatics like me, it’s a wonderous time of endless Instagram scrolling to see the red carpet...
© Onya Magazine 2009 - 2021
Back to top