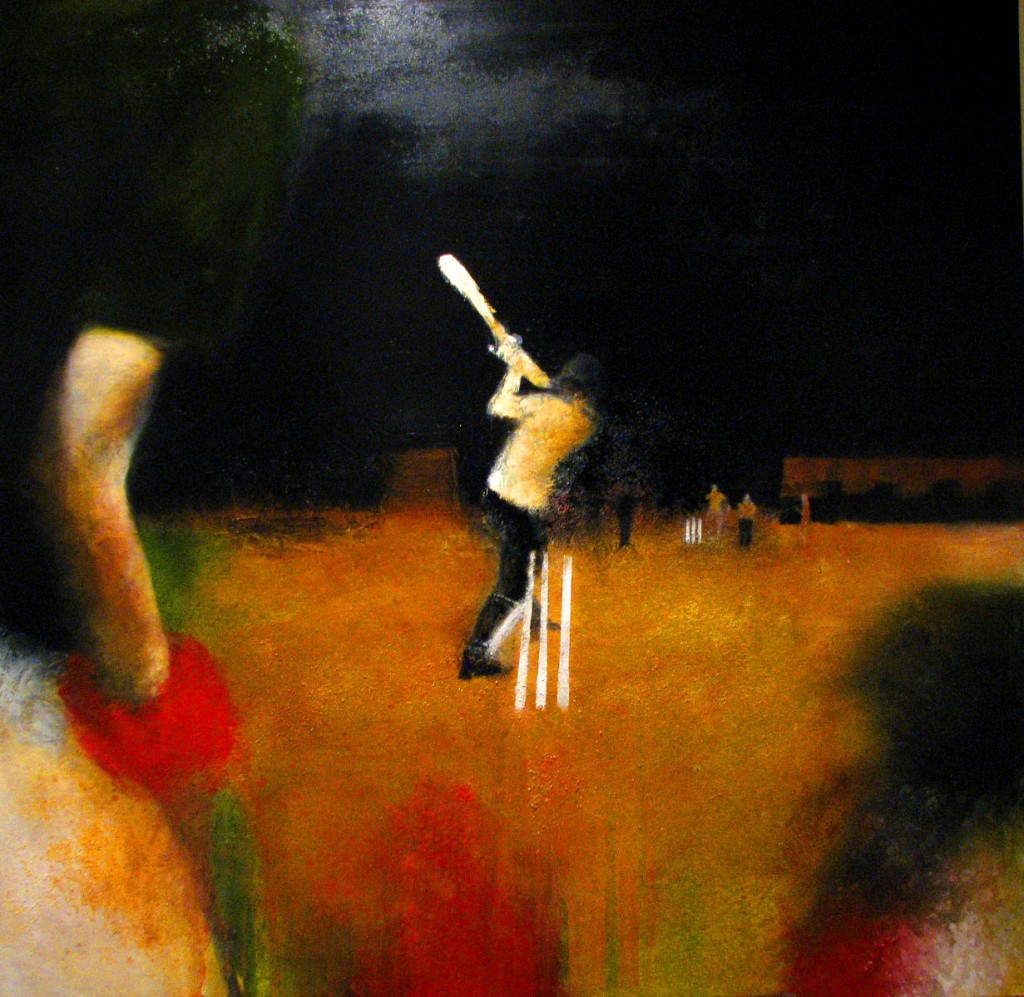 Fourteen Kiwi artists along with 218 Australian painters submitted works for the inaugural Aussie cricket art prize competition, in which 32 paintings were selected.

Jane Kellahan, from Wellington, was the only New Zealander to make the final and she was announced as the $A20,000 winner at the Sydney Cricket Ground (SCG) at a gala function on October 8th.

“This is just amazing for me, my career, for New Zealand, for New Zealand art, and cricket. The Aussies beat us at cricket quite often so it’s great that we can enter their competition and be fairly judged as the best. My inspiration stems from memories of summer-time cricket at the park and watching the great Sir Richard Hadlee,” Kellahan, a solo mum, said last Thursday tonight.

Her winning work – White Wickets – is an oil on canvas which portrays dream-like figures playing a surreal version of night cricket in merging tinged colours of red, yellow and greens with an interesting texture and finish.

Kellahan’s winning painting and the 31 other finalists will tour Australia over the next four months and can be seen at the SCG, Mackay in Queensland, the Melbourne Cricket Ground and finally at the hallowed Bradman Museum in Bowral, NSW.