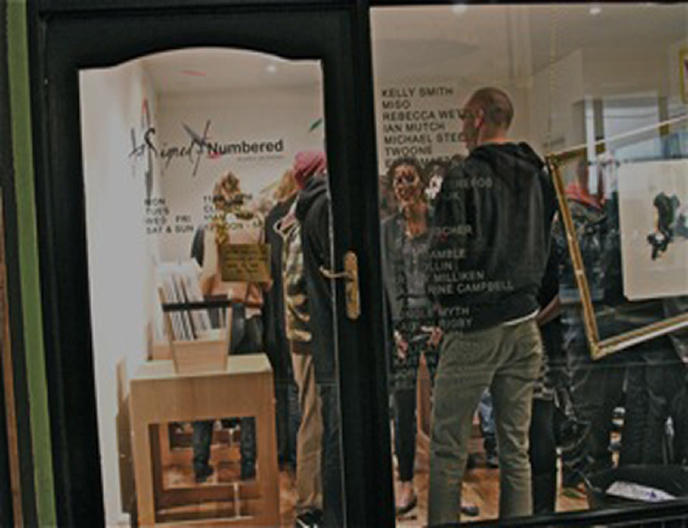 Signed & Numbered is the creation of 28 year old Melbournian, Jacqui Vidal. While travelling in Europe, Jacqui discovered a tiny hole-in-the-wall – barely a shop – selling touristy pictures of the Louvre and the Seine. Jacqui fell in love with the informal but perpetually busy space and marveled at how the art was displayed. Rather than gazing at pictures on walls, customers were able to flick through prints encased in hard-backed sleeves, much like flicking through vinyl in their local record shop.

When Jacqui returned to her home city six years later, this small, French concept space was to become her inspiration for Signed & Numbered. Occupying the compact former home of a bicycle shop, the gallery has no art for sale on its walls. Much like its Parisian muse, all of the prints are stacked in sturdy but ‘flippable’ glass cases and are prefaced with a detailed biography of each artist. 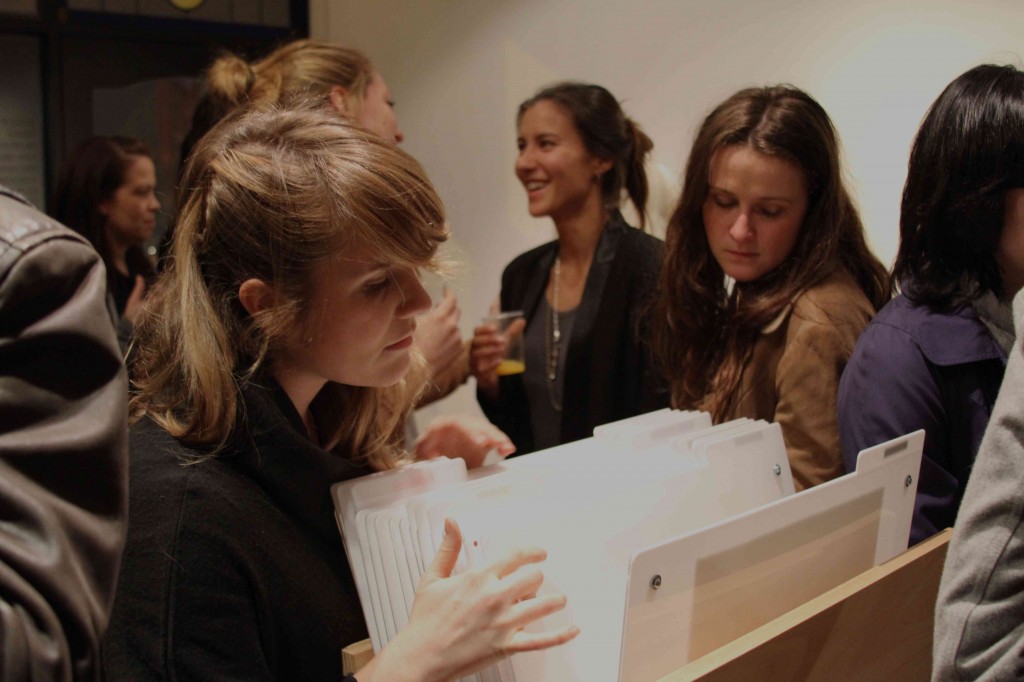 Works on Paper is a comprehensive collection featuring Australian and international artists. Melbourne artist Rebecca Wetzler was one of my standout favourites. Working in a variety of mediums including watercolour and ink, Wetzler’s style is simple but beautiful and has appeared in Vogue Australia, Oyster and Nylon. Despite huge amounts of critical and commercial success, Rebecca takes pride in the smaller things in life, citing her greatest achievement so far as being “always getting my work in by the deadline, no matter how outrageous it might be!”

Another favourite is Catherine Campbell, and readers of frankie and Cleo will be sure to recognise her distinctive drawings. Born in Sydney, Catherine’s heart now firmly belongs in Melbourne. “I have been here for seven years now and have met some very talented and creative people who have inspired me to have faith in what I do and to keep doing it.”

Sydney-based Jordan Clarke is a self-taught artist with a graphic design background. She says of her influences, “I am fascinated by all things dark, whimsical, surreal and vintage. Heart-break is a theme that keeps popping up [in my work] unintentionally. I don’t have any strong artistic vision overarching my practice, I just create what I like and what makes me feel good. If it’s kooky, nostalgic and unconventional I like it.” I loved Jordan’s collage style and the way she pays homage to vintage advertising and typography. 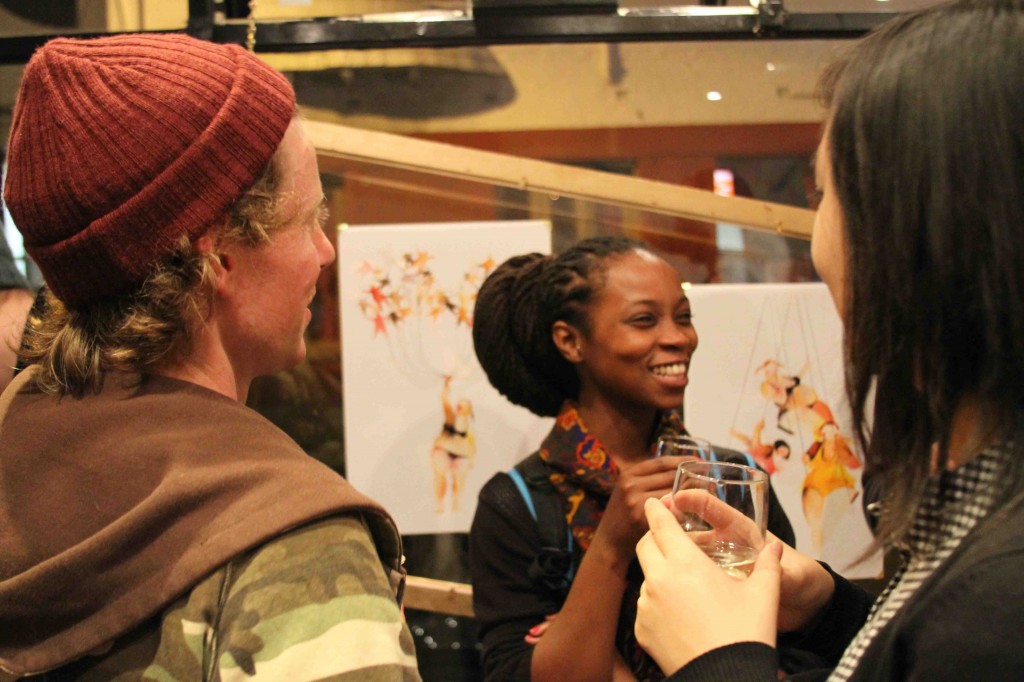 In complete contrast, Lucia Fischer’s black and white photography is a gritty look at the often forgotten corners of urban Sydney. Unbelievably, the series was shot with a plastic, toy camera called a Holga. ‘My Holga camera is my constant companion’, Lucia says. ‘He lives in my handbag, I take him to the beach, he comes out drinking, he gets dropped, he gets wet, he sometimes pops open and splits in two. He is prone to light leaks, vignetting, blur and perspective distortion and it is these elements of chance and mishap that attract me to him.’

All of the prints for sale are signed and numbered (hence the name – clever, hey?) and come with a certificate of authenticity. In Works on Paper , Jacqui Vidal has created a wonderful collection that really does have something for everyone, whatever your taste.