The Adelaide Fringe begins its 60th year with new offerings, including comedians on Kangaroo Island and a doco featuring some of the nation’s best-known performers, writes Belinda Willis / The Lead South Australia.

Kangaroo Islanders will soon have their own Adelaide Fringe festival event to laugh about after spending months battling bushfires.

A convoy of fringe festival comedians and circus performers are landing on the South Australian island on February 17 with plans to lift spirits with their free Garden Gala for locals and bushfire volunteers.

Garden of Unearthly Delights director Michelle Buxton said the popular venue’s artists have donated their only day off in February to spend it with the people of Kangaroo Island.

“Everyone is super keen to do something to help and we hope that a night of fun will raise the spirits of the people who have had such a hard summer of bushfires,” Buxton said.

Others donating their time to the event are newcomer Nina Oyama, Dilruk Jayashinha and the United Kingdom’s Markus Birdman – and locals will also see the world-class acrobatic skills of brand new circus shows Brass Monkeys and WERK IT. Back in Adelaide, more than 75,000 people are expected to begin visiting The Garden of Unearthly Delights venue in Rundle Park Kadlitpina after the official Adelaide Fringe opening happens on Valentine’s Day this Friday.

It marks 60 years since a group of independent artists first started the event on the city’s fringe to test new work, to experiment and to engage new ideas.

Since then the Adelaide Fringe has grown to be the highest ticket selling arts festival in Australia and the second-largest Fringe in the world with the 2020 event running from February 14 to March 15.

This year a documentary The People’s Festival: 60 years of the Fringe will be screened and a limited edition book with just 500 copies released to celebrate the anniversary.

2013 Adelaide Fringe Ambassador Paul McDermott’s career was launched during the Fringe in 1986 winning pick of the Fringe that year with the Doug Anthony All Stars.

In the documentary he reflects on its diversity.

“You take a punt at the Fringe and not all of its gold, some of it is just crazy but occasionally you see something that changes your mindset, that is profound and has the ability to alter your thinking,” he says.

Another event designed to alter the mindset of festival goers will run at Lot Fourteen where the Electric Dreams creative industries conference is looking at how technology is changing the arts.

The three-day conference features presentations from international arts organisations working at the cutting edge of creative and commercial development, and explores how technology is creating inventive arts experiences.

It will run alongside a five-day virtual reality program and immersive storytelling showcase that features Gloomy Eyes, narrated by Colin Farrell.

The event is well suited to Lot Fourteen with its plans to transform its former hospital site in the centre of Adelaide into the largest innovation neighbourhood in the Southern Hemisphere.

Lot Fourteen is already home to global tech, space, defence and cyber companies and is the home to the Australian Space Agency. 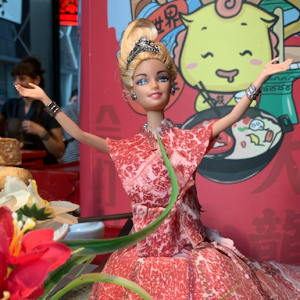